Join us for this year's Green & Gold Gala

Since our founding in 1999, the Lord has been at work at Silverdale

The members of Silverdale Baptist Church were presented with research derived from a feasibility study, which showed, among other things, that the community of Chattanooga wanted more options in the area regarding the education of their children. After much prayerful consideration, the members of Silverdale Baptist Church voted to begin a Christian Academy. The academy opened with one Kindergarten class of six students. The following fall the Academy opened with 235 students serving children grades K-12.

The Academy finished and moved into its new three-story education building.  The first floor houses elementary classrooms and an elementary library, as well as administrative offices.  The second floor is home to our upper school library, our gymnasium, locker rooms, weight room, and a commercial kitchen.  The third floor houses classrooms, a science lab, art rooms, and a walking track that overlooks the second floor gymnasium.

Silverdale opened up its brand new football stadium on September 19, 2008.  After playing football off-campus for five years, the students of Silverdale finally had a field to call their own.  It was a grand celebration with over 4,000 people in attendance, and it was a true testament to God’s faithfulness.

On September 25th, 2009, Silverdale opened its new athletic building, which houses a concession stand, the varsity locker room, a training room, and men’s and women’s restrooms.

With growth and expansion an inevitability for the Silverdale church and school campus, Pastor Tony Walliser and Head of School Becky Hansard moved forward with the construction of a two-story building that would occupy the back parking lot area behind the Academy's three-story education building and the Silverdale Baptist Church sanctuary. 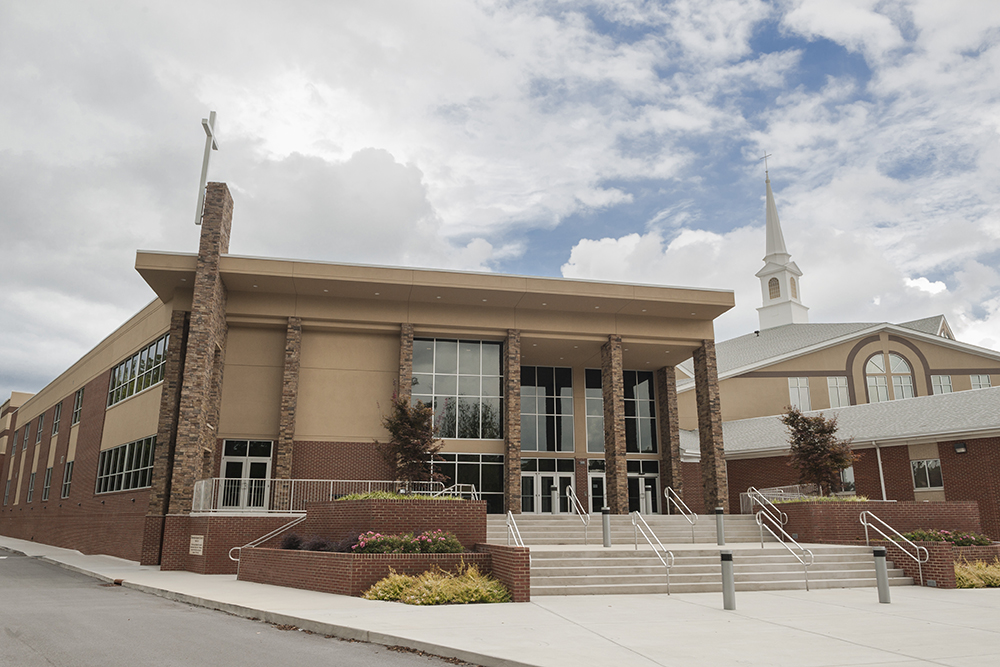 The new addition provides additional Sunday small group space for the church congregation on the first floor, with the second floor housing classrooms, administrative offices, and two state-of-the-art science labs. All Academy rooms are integrated with technology, providing "smart classrooms" as part of our 21st Century Initiative. The two-story high school building was opened in August of 2013.

We are thankful to God for his faithfulness and excited about the future.  It is our prayer that we will continue to bring glory to God as He continues to bless the Silverdale family. We ask you to join us as we pray for His will to be carried out in this place, and that all glory be given to God!